Archaeological study of the enclosure at A Penaparda (A Fonsagrada, Lugo)

Aims: The main goal of this campaign was to better document the Roman camp at A Penaparda. The archaeological fieldwork comprised four phases: 1) Micro-topographic and UAV photogrammetric mapping of the site; 2) artefactual and magnetic survey for the recovery of archaeological evidences; 3) to dig a test trench in order to record the defensive system configuration and its preservation degree; 4) to take dating samples. 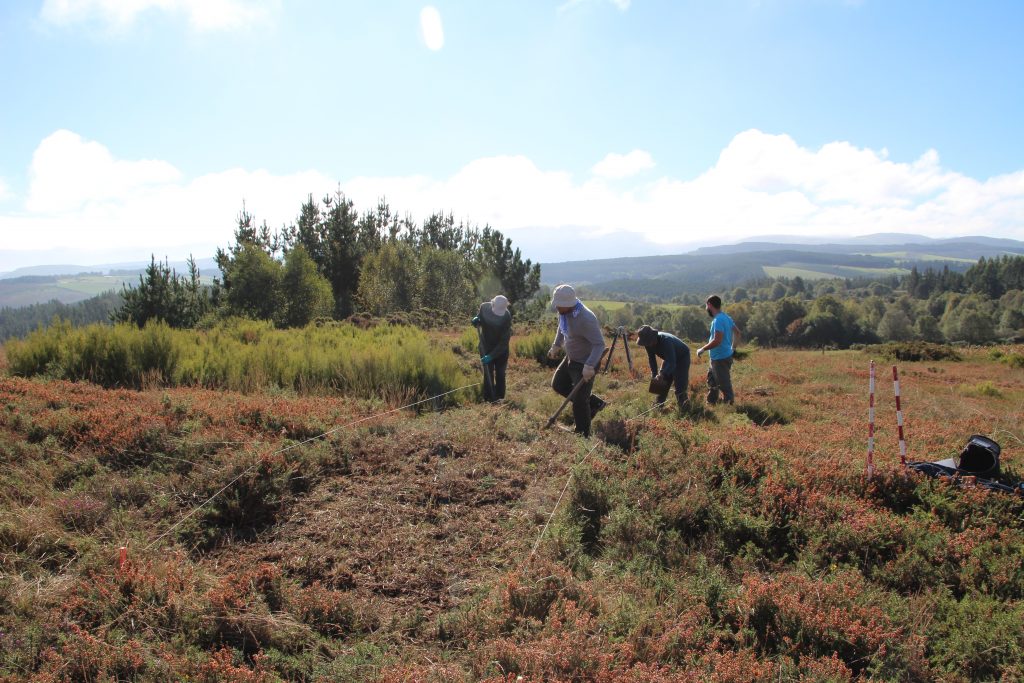 Results: The archaeological interventions confirmed that A Penaparda is a Roman military site. The existence of a stone and earth prampart was attested during the excavation. This is the most obvious structure defining the defensive perimeter of the enclosure, but not the only one. The presence of an external trench was also documented, but this feature was not originally finished due to the presence of the rocky substrate. The aerial photographs taken also allowed us to better define the layout of the camp in the Galician sector.

Literature: You can access to a bibliographic repertoire that gathers the results of our research as they come to light (HERE).