Aims: The main goal of the campaign was the documentation, registration and study of the archaeological features in the sites of El Xuegu la Bola and Cueiru. We intended to confirm the hypothesis that these sites were temporary Roman military sites. In order to do this, we carried out an intensive prospection of the structural features on the surface, as well as we developed an archaeological survey which tried to collect archaeological finds which may prove the Roman occupation and inform us about the functional and chronological interpretation of both sites. Therefore, we carried out an archaeological field survey in both sites, we mapped the site using a submetric GPS, and we conducted a photogrammetric study of their defensive structures. 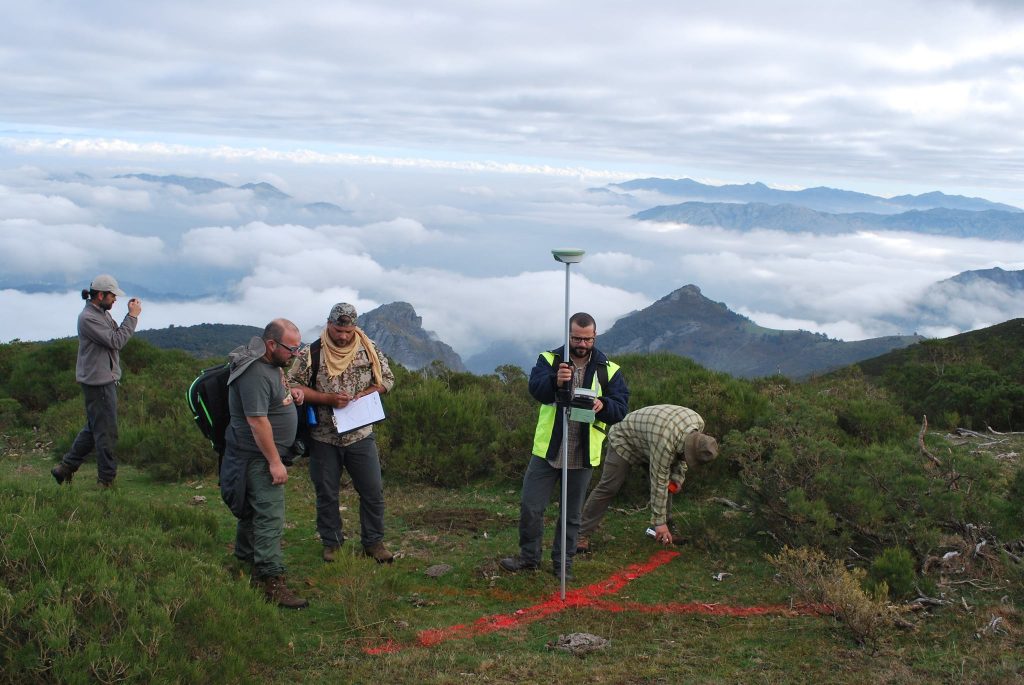 Results: The archaeological fieldwork allowed us to accurately define the perimeter defences of the sites. Moreover, we recovered more than 160 archaeological remains, with an interesting set of Roman military pieces among them. This way, our initial chronological and functional hypothesis about the sites were ratified.

Literature: You can access to a bibliographic repertoire that gathers the results of our research as they come to light (HERE).