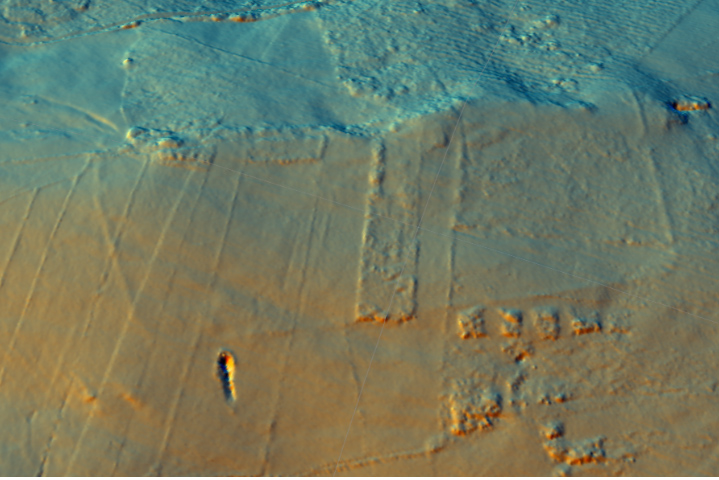 Santiago de Compostela, Friday 29th September 2017. Archaeologists from different European universities and research institutions bring together by the collective romanarmy.eu will study a Roman camp located in the Galician town of A Fonsagrada (Lugo) during the first week of October. This site was discovered by the end of 2015 and named A Penaparda after the hill where it is placed (865 m above sea level). The enclosure delimits an area of about 10 ha, circa 12 football pitches, and it is therefore one of the largest examples of temporary camps in Galicia. However, part of belongs nowadays to the neighbouring town of Santa Eulalia de Oscos, Asturias. The project, promoted by A Fonsagrada Twn Council and the Lugo Provincial Government, is managed by Síncrisis research group (Department of History, University of Santiago de Compostela) and also supported by the Institute of Heritage Sciences (Incipit, CSIC). 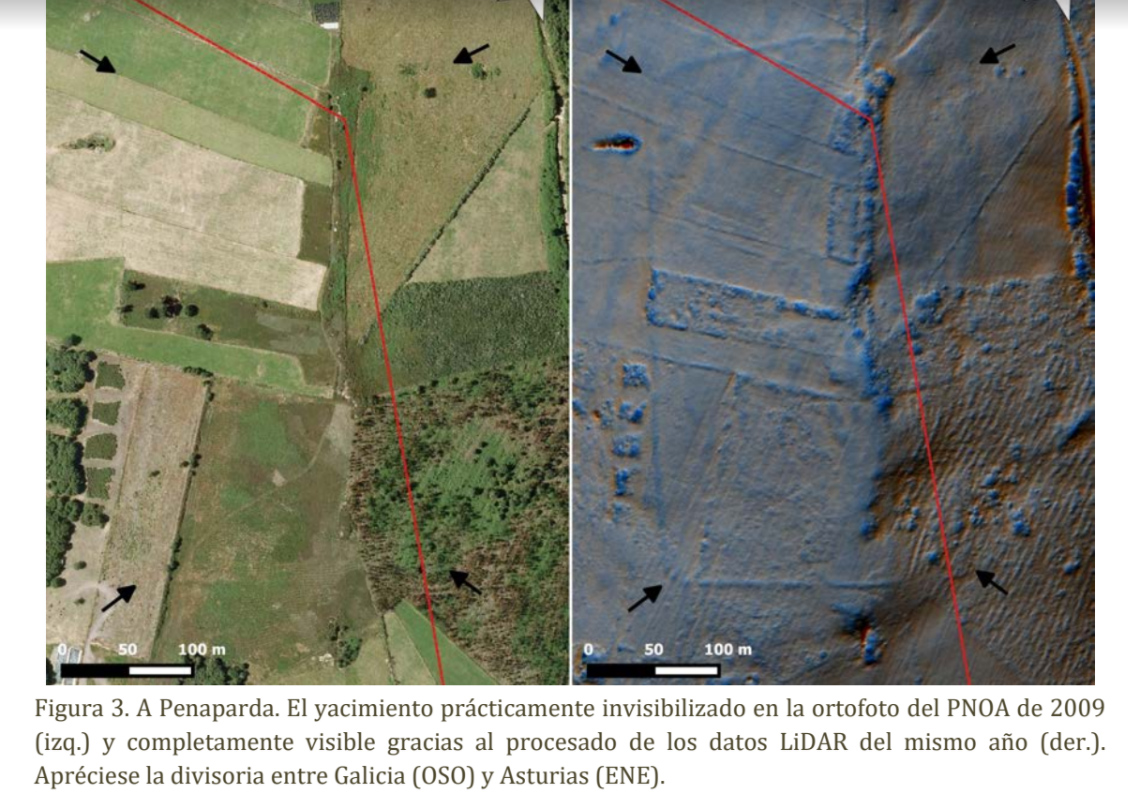 Part of a military route

According to the researchers, the enclosure of A Penaparda would be a Roman temporary camp of early imperial times (centuries I BC-III AD), and it is large enough to have garrisoned an entire legion (ca. 5000 men). The site is nowadays quite deteriorated due to the agricultural activities, and that makes it practically invisible on surface. Fortunately, the use of aerial photographs and LiDAR technology has allowed the detection of its playing card shape and of some of the original accesses to the fortification, which show the classical clauiculae features.

The archaeologists think that A Penaparda could be part of a route across the Asturian-Galician Mountains used by a major Roman military detachment. The aim of the archaeological campaign will a better chronological characterisation of this camp. A study on A Penaparda and other new military sites in Galicia will be soon released in the next number of Gallaecia, a journal published by the Department of Historia of the University of Santiago de Compostela. 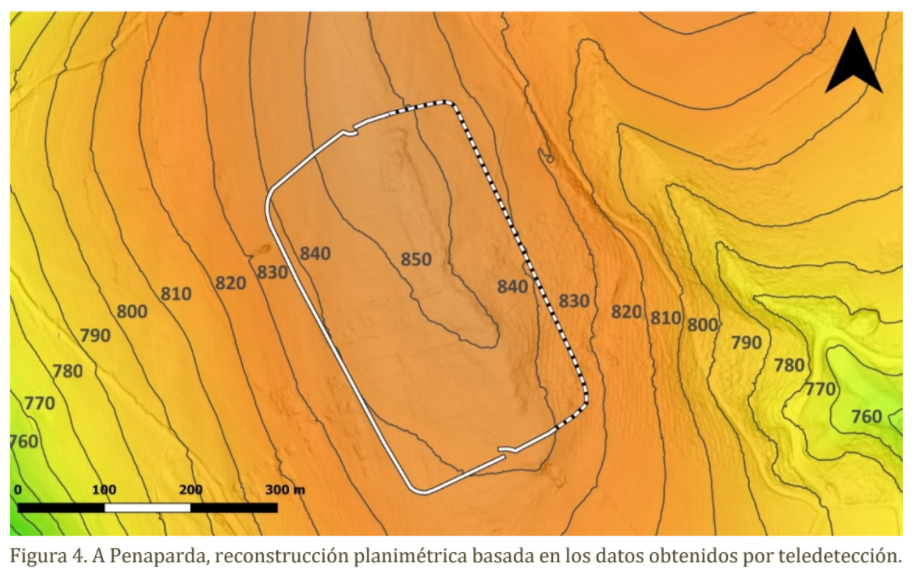 Unha nova visión da conquista romana do noroeste peninsular
Romanarmy.eu is a research collective integrated by several archaeologists, researchers, professors and other Heritage professionals coming from research institutions such as the universities of Santiago de Compostela, Oviedo (Spain), Braga (Portugal), Durham, Exeter, Newcastle, Edinburgh (UK) or Leiden (The Netherlands). Their main goal is to study the Roman military presence in NW Iberia, stressing the historical phenomena and episodes linked with the conquest of these territories in Augustan times. Until nt so many years ago, the study of the Roman Army in this region was focused on territories such as Asturias, Cantabria or León, but the collective has been able to locate several previously unknown Roman sites in Galicia too.

Dissemination activities
Among the dissemination activities planned for this campaign, we can stress the daily live broadcast from the site by using Facebook Live, or other communication experiments, such as the 360º recording of a brief archaeological documentary to be visualised by using VR glasses. You can also read the news on the collective’s website: www.romanarmy.eu.

Some local events have been also planned in order to reinforce the scientific diffusion of these archaeological activities: on Friday 6th, a lecture will take place at the Os Chaos Conference Hall at 19:00 UTM+2, and on Saturday 7th October, a guided visit to the site will start from the parish church of San Cibrán da Trapa at 11 UTM+2