Last Thursday (17/12) was presented in Gijón/Xixón the book Las Guerras Astur-Cántabras.  It contains the proceedings of the First Archaeological Meeting of the Asturian-Cantabrian Wars (held in Gijón/Xixón in October 2014), where several researchers presented the latest archaeological developments on the matter. Jorge Camino Mayor, Eduardo Peralta Labrador and Jesús Francisco Torres Martínez coordinate this volume and KRK ediciones is its publisher. Some of the sites by us located in recent times all throughout Galicia, Asturias and Leon are analysed in three papers. 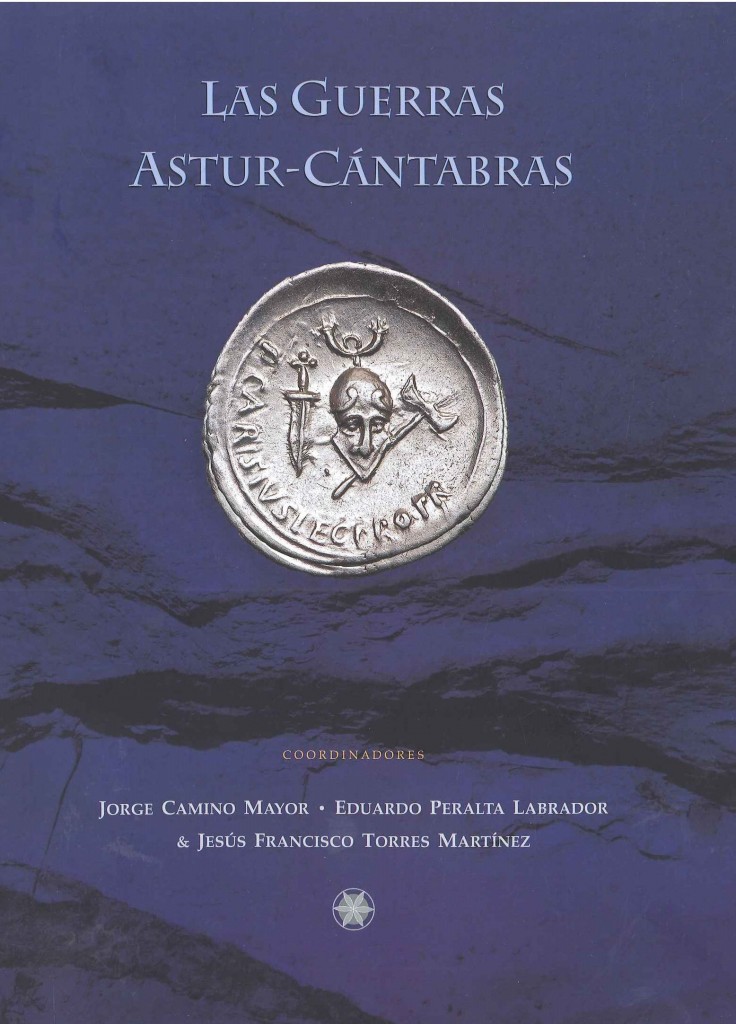 END_OF_DOCUMENT_TOKEN_TO_BE_REPLACED

This is the paper we presented at the 23th Limes Congress, held in Ingolstadt (Germany) in September 2015. There we showed the results of a research about the Roman military presence in north-western Iberia developed by us in the recent past years as well as overall review on the subject showing how the discipline has changed due to the employment of remote sensing techniques like the aerial and satellite imagery or the aerial LiDAR. This website presents a new perspective about the roman military campaigns during the conquest in augustean times of the northern territories of Cantabria and Asturias and the subsequent reorganization of the north-westernmost region of Iberia.

Even if the audio of the video is English you can change the language of the subtitles by clicking the icon of a little grind placed below near the right corner. Since this is an interactive video you can also download KMZ files with additional graphic information of every single archaeological site we talk about. You need to install Google Earth software in order to visualize these files.

At this website you can also see highlined some of the more interesting conclusions of the public paper, in which 17 new Roman military sites were presented. 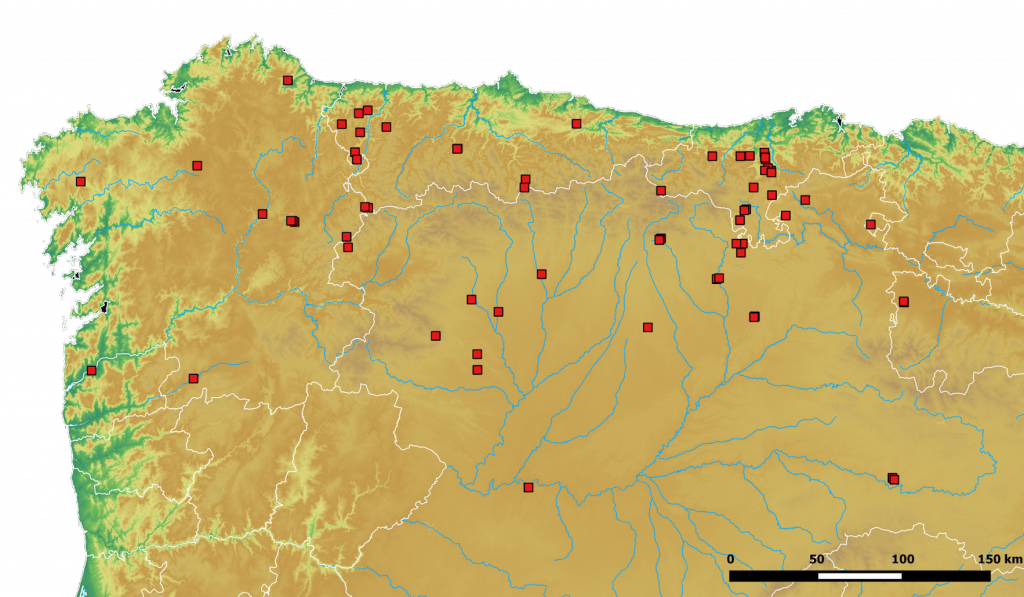 In this map you can see our proposal on the presence of the Roman army in the northwest of Hispania in 2015. Along with already investigated previously published sites, we added seventeen new locations exhibiting denser Roman military contingents presence, possible new lines progress in Asturias and the first appearances of possible marching camps in the territory of present Galicia. 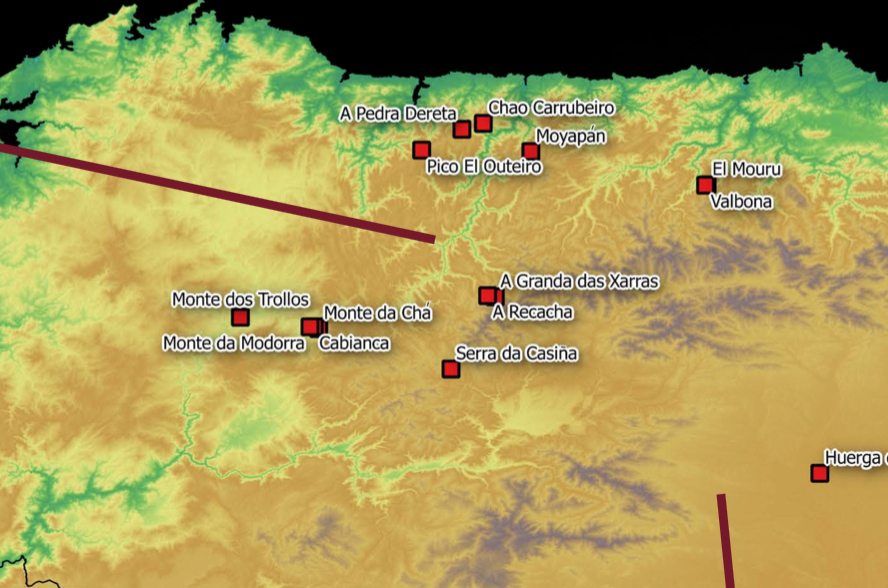 Our research shows a special concentration of military camps in the westernmost part of Asturias. They follow the very same settlement patterns previously detected in some other scenarios located at the Cantabrian and central-eastern Asturian regions. Although the bibliography and the ancient sources are very silent about the existence of specific war scenarios in this area, the archaeological evidences clearly show the existence of a route flanking the Asturian mountains and probably linked with the augustan campaigns or the subsequent post-war times. 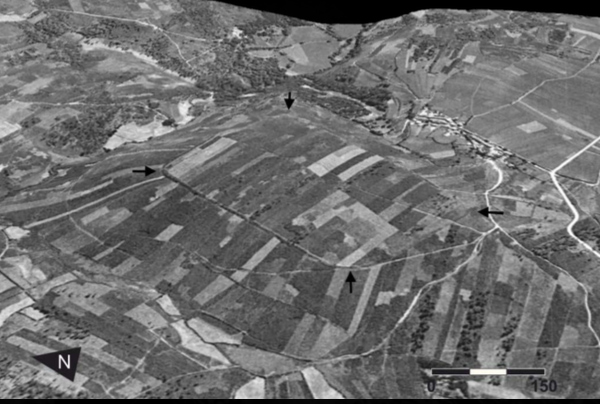 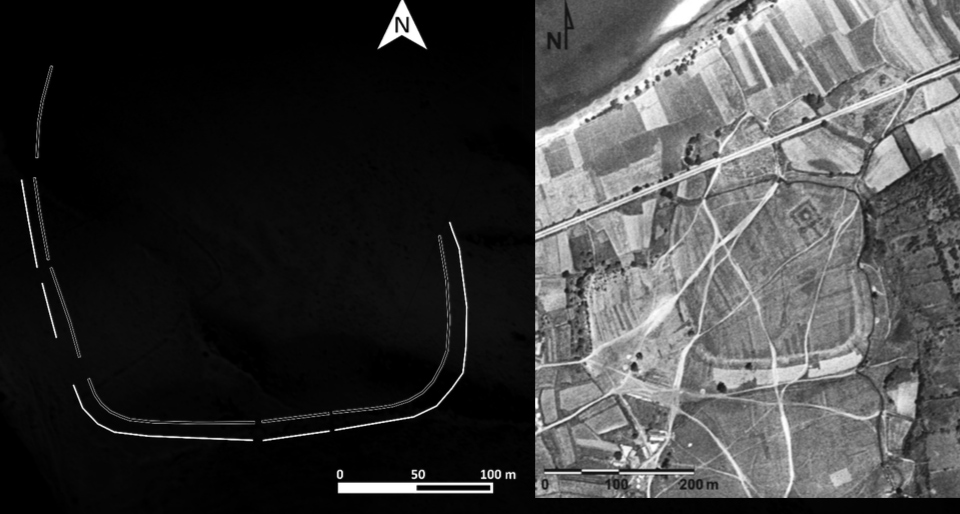