It was a while ago when my six male colleagues left the mountains behind, so now I find myself writing this post-post after a period of certain rest. During their field research in Asturias, I was following the campaign in Braga via email and WhatsApp messages. I have this very last image of these men in my mind as they headed into the fog, shuffling their heavy feet. They were dragging the tiredness of the previous few days and, perhaps, the nostalgy of something coming to an end. They were closing a campaign with a very good feeling, giving answers to some issues while at the same time also raising new ones.

This is not a platform to analyse the results – that will be their task -, but a space to think and to relate to the memories of those days from other points of view often missing in our project. This is a post written from the other side, about male archaeologists and male researchers, about Romanarmy.es, about some shortcomings and a lot of successes.

In my opinion, RA is like a defect in the system, a little Matrix in the field of archaeology (presumptuous?) which is trying to find a common ground for understanding between two parallel worlds: the reality of the academy and another world which is yet to be established under a number of parameters (mode 2 of knowledge production; Postnormal science) that have never been exploited to their full potential. It may be a presumptuous statement, yet the truth is that RA is trying to set up a working group on Roman military archaeology, based on individual (from individuum) and independent (from each of the collaborators of the RA) research models. Our aim is (initially) nothing more than to set synergies, join forces, work together, expand our results, test work methodologies and encourage ourselves – all of this outside ordinary channels. Romanarmy.eu is our matrix of Roman military archaeology. I don´t know, however, if it means something, or perhaps just nothing not all.

We are facing some handicaps. One that keeps surfacing again and again in our conversations is: there are many Neos and few Trinity. This is one of the main problems affecting not only our group, but is also very common in the conflict archaeology on the Iberian Peninsula: there are few women working in this field.

The figures are clear. 65% of our Facebook followers are male, opposed to a meagre 33% females. If we compare these figures to the statistics of other sites devoted to cultural or even archaeological heritage, this asymmetry is clear and significant. (Muro de Medeiros: 50% women, 49% men; Croas de Niñóns: 44% women, 55% men; Proxecto Mougás: 46% women, 52% men; Sanlourenzo.net: 46% women; 53% men; patrimoniogalego.net: 46% women, 52% men; Croa do Castro de Cerqueda: 49% women, 49% men). Even though male presence always tends to be slightly superior (which is often the other way around in other not-archaeological cultural sites), romanarmy.eu seems to beat all the records.

There seems to be much more male interest when it comes to battles, weaponry, war machinary, camps, marches or troops. Maybe we use less appealing language and approaches or this thematic could also just be unattractive to the female public. Male archaeology for a male public. I am convinced that this can only change if we join the construction of the historical discourse building up conflict projects from below – if not, we remain on the sidelines. This is an issue that we are analysing in order to find inclusive channels to all ages and both genders. And this is again a plus from RA: the extra effort in identifying our shortcomings and trying to fix them. We can make the project grow in two ways: exploiting simply what works, or identifying holes and filling them while expanding into other communities. The second tactic is slower and more long-termed; the first one is short-termed, we could die from success … on the way, like a bursting bubble.

There are however more handicaps, such as unstable funding. We contribute with our private time and, in this campaign for example, count on the exceptional support of some institutions[1] and the administration [2] which were brave enough to take a chance on this line. We have also made a poor impact internationally, but as some of our teammates in the meantime live in other European countries this is something that may improve. Or the development of a bespoke organisation, based on the needs of our project and personal interests; we hadn’t previously analysed or identified what kind of operational structure would best suit us, as the structure itself was taking shape instead. We will keep working on all these aspects. I don´t think they were mistakes at the beginning, as they are actually a conscious choice. 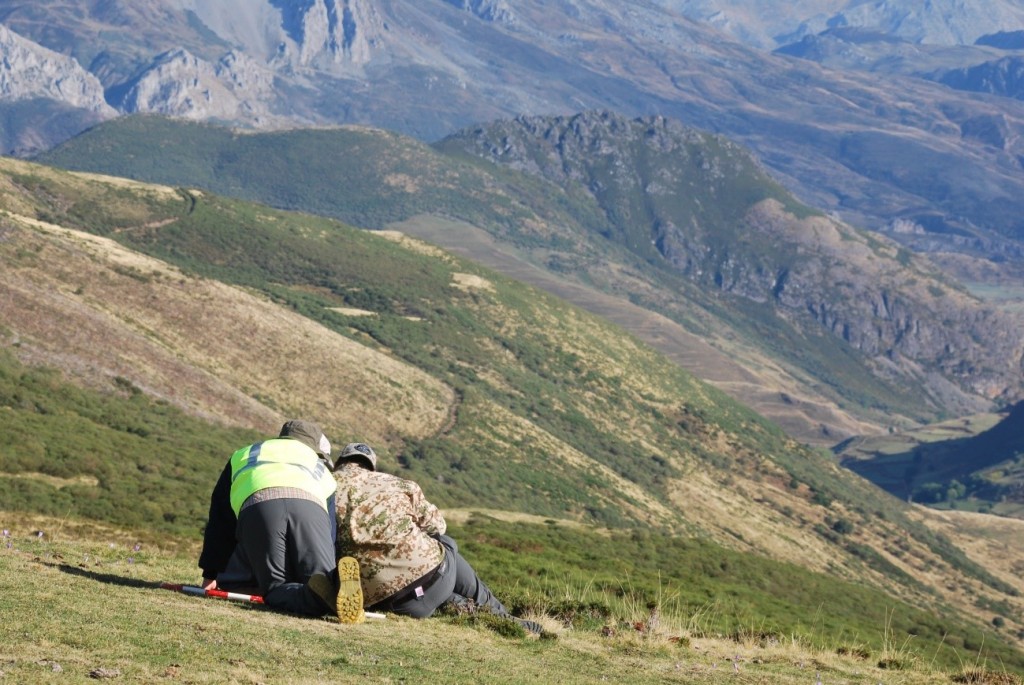 All things considered, RA is almost the Nabucodonosor (Nebuchadnezzar) that interconects us with the archaeology we want to do. It plugs us into an archaeological simulation that we try to extend with this project. An experiment which uses a conflict as an excuse. RA is more than that: it is a test of the archaeology we want, of which research model we want, about what kind of horizontal relationship we prefer to have between us. And perhaps, what is more important to me, it is our constant search of language for mutual understanding based on respect and with a watchful eye on what the others are doing. I don´t know why, but we are few women, very few. Anyhow, I am relieved that my team, made up of both men and women, share the same thoughts.

[2] Teverga Council and General Management of Cultural Heritage of Asturias.

Previous: Returning to Campos
Next: A multivocal project